t Dubai Silicon Oasis Authority (DSOA), IT is serious business.
One of the more recent Freezones to open in Dubai, UAE the 100% government owned authority understands well that information technology can be a double edged sword – one that allows them to
provide services to their tenants and gives them the ability to differentiate themselves from similar freezones.

“We always try to align our IT plans with the overall organisation’s objectives. It is part of our strategy to work along with the organisation mission and strategy. We always try to make IT a driver for the business,
as an enabler for business, which acts as a catalyst to achieve set business targets,” says Mahmoud Ewidah, IT infrastructure
manager at DSOA.

t just ten months of age, the IT department has put together a data network, built a datacentre and has gotten the first phase of the development active and live.

“We pride ourselves on providing connectivity to our clients to the desktop. The end point stretches to each of the tenant’s business,” says Ewidah. In order to tap into convergence, the fi rm felt the need for an
integrated network through which they could offer both data and voice-based services.

“Last year we decided to go for a new telephony system – we released a tender and we invited four different vendors – Avaya, Alcatel-Lucent, Cisco and Nortel. We wanted a multi-tenant telephony system and we considered other things like system capability, redundancy as well as the security levels. We did a full evaluation internally and at the end based on our requirements and the capabilities provided by the system we decided to go with Avaya,” says Ewidah.

EMW was appointed by Avaya as the co-ordinating partner at that time and as the most qualified partner to deliver the solution, according to Ewidah. DSOA evaluated EMW itself as a company, as a system integrator. According to Ewidah, it found them to be very capable, with good engineers backed by the right qualifications. In short, they had all the requirements that were necessary to get the system up and
running in the right time.

After doing due research on the providers and taking into consideration their own advice, DSOA did not do a pilot due to time constraints, and went for a direct implementation, which spanned the time period between February and April 2007.

All current users, numbering around 500, are connected with the Avaya system. Ewidah states that DSOA plans to expand this to 4000 users in the next two to three years, as the project itself grows.

We feel that EMW has helped us greatly to create a flexible, cost effective and reliable communication platform that supports our ongoing investment and growth plan. 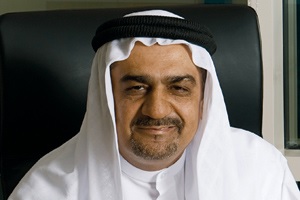