Home News Behind the Scenes hen Pay TV Companies Orbit and Showtime Announced Plans to merge, they called in EMW to Help Deal with the Back-End integration

As industry pundits debated the ramifications of the merger between the Middle East’s two largest pay TV companies, the newly formed Orbit Showtime Networks (OSN) was already hard at work making the two separate firms – and their complex IT Infrastructures – one. ITP Publication’s Mark Sutton reports.

Corporate mergers are among some of the most risky, and complicated processes that most businesses will ever have to face, with a wide range of challenges on the path to completion. Issues such as incompatible corporate cultures, lack of disclosure, or even a failure to properly merge key IT and business processes can all stand in the way of a successful merger. With a customer facing organization, smooth management of the merger becomes even more important to retain customers and their goodwill.

t was just this challenge that faced pay TV operator Orbit Showtime Network, which was formed by the merger of the Middle East’s largest Pay TV companies, Showtime Arabia and Orbit in July last year. While the two companies had a large, complimentary range of television services, provided via satellite providers and telcos across the region, it also had a geographically widespread, diverse organisation to support those services and the customers.

The merger also included a sister company, GDTV of Kuwait, with the combined companies having operations in 22 countries across the region, with main offices in Egypt, the UAE, Bahrain, Saudi Arabia and Kuwait. OSN’s broadcast technology was able to support a merged TV offering, meaning Orbit subscribers were able to receive Showtime channels, and the Showtime subscribers were able to receive Orbit channels within a few days of the merger, but this in turn created a need for the two companies to present a unified face to customers in terms of support and other services.

Bas Wijne, director of information services at OSN recounts: “At that point in time, it was really a matter of reviewing what [technology] we had, and how quickly we could create a unified customer experience with the setup that we had. We knew that we could launch combined packages very quickly from a broadcasting point of view. For us, it is important that the moment the subscriber phones us, regardless of where they phone from, they will get a similar level of service and they will get the information. So the two crucial things at that point in time were the migration, or the unification, of the CRM and billing platforms, and the merging of our contact centres into one virtual contact centre.”

In terms of CRM, both companies used the same system – IBS from broadcast technology specialist Irdeto – running on Oracle databases, which made the job of combining the data for hundreds of thousands of customers relatively easy, as the underlying core data structure was the same. However, the system also included a great deal of flexibility, which resulted in a large variation in deployment.

Wijne says: “The CRM and billing is a key aspect [of our IT operations], so every employee of the new company needs to be able to see every customer detail, in the sense that no matter where you come from – whether you are an Orbit legacy customer or a Showtime legacy customer – everybody can see the details and serve that customer. So that was done pretty quickly; we had sorted that by the middle of November 2009.

“The system is quite flexible in terms of the setup, so the way that the billing works, or the activation of subscription works, on one system might be quite different than the other one. And that again has an impact on how you recognise and report revenue, because we’ve got everything integrated from the smallest detail to the profit and loss overview. It all comes from the same data source.”

The proper integration of the IBS system was also very important to OSN, because of its place at the centre of the company’s business intelligence strategy. From Showtime’s perspective – the side of the side of the business Wijne worked for before the merger – the company had a key strategy – one that is still ongoing – to integrate systems as closely as possible, with data from a number of sources such as CRM, billing, call data from contact centres and broadcast system information all pulled into a centralised data warehouse.

“We made sure that the back-end of the systems were actually integrated,” stresses Wijne. “I now get general ledger information from the finance team, my broadcast information is about to go in there, and acquisitions of content will eventually be going to go in there. So there is a lot of information going into that data warehouse. We can then combine it and actually link the data.

“From a broadcasting point of view, if there was a small outage for example, we would see then the actual number of related call volume coming in, and see what error or what issue triggers what type of call volume. Or if we start broadcasting particular content, we can find out if it has a particularly positive effect on your call volume. Basically, what we’re doing at the moment is giving the CFO a profit and loss overview in a web-based environment, one that they can literally drill through – even to the level of individual countries, product groups or methods of payment, for example. Anything he needs, he can get access to, because the data is combined in such a way that it allows him to use the data in that way,” explains Wijne.

The second part of the technology infrastructure to be integrated as part of the merger was the companies’ customer contact centres. Showtime had previously deployed Avaya solutions in the UAE and Egypt, while Orbit was mainly using Nortel systems.

“One of the crucial things was to make to the experience the same regardless of which company you were a legacy customer of. This raised the question, what telephony platform should we going to go with?” explains Wijne. “Showtime had very good experiences with the Avaya platform, while Orbit had Nortel systems, but they became relatively dated so we needed to replace it anyway. Also after the Avaya-Nortel takeover, the decision was practically made for us and we went with the Avaya platform. We went from two contact centres from the Showtime side, to three contact centres from Orbit and one additional contact centre in Kuwait, all now using an Avaya platform.”

OSN deployed a range of Avaya solutions, including Avaya Aura 5.2, Avaya Elite Call Center 5.2 and Avaya Interaction Center (AIC), beginning with an upgrade of the core contact centre in the UAE. The company also worked very closely with the incumbent smart convergence experts EMW to provide implementation and support services across the various countries covered by the network. OSN focused on the backend integration and customization, while EMW took care of the roll out of the local contact centres.

“EMW knows our company very well; they know our setup inside out and our extremely aggressive expectations from a timeline point of view. They basically made sure that we had as little involvement in [the roll out] as possible, other than providing them with our requirements and giving access to the support of our local IT teams. We had too much on our plate to focus fully on doing all this project-work ourselves and EMW delivered as promised and on time” Wijne explains.

The roll out was completed by early February of this year – despite some delays waiting for connectivity in some countries – and OSN now has around 300 inbound customer care operatives on the system. Agents use a web-based interface to the CRM platform, with Avaya telephony solutions connecting them to the customer. The company’s CRM system – which is split across various sites – backs itself up via either ISDN or VPN connections, while the virtualization of contact centres provides added resilience to the system.

Wijne says that his team has developed a high degree of customization for the solution, with a large number of custom scripts implementation on its Avaya Interaction Centre, and interfaces between the many different systems within the company.

“I feel we’ve really taken the Avaya platform to the next level,” says Wijne. “When it comes to integration, the Avaya platform is directly linked to our CRM, to our data warehouse, to our payment gateway. All the interfaces that we have, like the web-based dealer interface, websites, we did ourselves. Everything is integrated with the CRM, Avaya, the BlackBerry platform, SMS. If you can think of it, it’s there. We developed a lot of new tools that enables the hundreds of users that are on the system to work more efficiently,” he adds.

One recent enhancement is providing BlackBerry smartphones to the field installation team. OSN is currently upgrading its set top boxes that every customer has to a high definition version. Previously, the installer would install the box and then leave while the customer waited for the broadcast system to update automatically. It meant that if there were any issues, the installer would have to make a second visit. Now through the BlackBerry solution, the installer is able to activate the solution while still onsite.

Wijne says that OSN’s large in-house development team is essential in being able to provide new solutions, such as this, at high speed and low cost. The company has always been cost-conscious, he says, and that is reflected in the approach to development.

“We get the maximum out of each dollar that we spend on our infrastructure and systems. That’s why we have a relatively large in-house team for software development. It means that we can deploy new products extremely quickly: basically within 24 hours. The moment that we not do that in-house, it would increase the time it takes to launch new features, so that’s where the cost and the benefits go hand-in-hand. It costs me a little bit more from a headcount point of view, but the flexibility it offers and the market edge that it gives you is very good.”

EMW ME is recognized in the region as the Smart Convergence and Applications Expert and the only Avaya Service Expert in the region. We are certified and specialized in several industry leaders: Avaya, Brocade, Cisco Systems, Extreme Networks, Juniper Networks, RSA, Teleopti and Trapeze Networks. EMW provides excellence in Consultancy, Systems Integration and Technical Services in the fields of Information Technology, Networks and Telecommunications. Our clients include Commercial, Government, and International organizations worldwide using a Customer-First attitude. EMW has the agility and the ability to build and customize specific requirements that meet or exceed our clients’ expectations in line with industry standards. EMW ME was awarded the Best Networking Integrator in the Middle East in 2008 Enterprise Systems Integrator of the Year in 2009.

Step into the Cloud with EMW & Brocade

EMW ME, The Smart Convergence Experts and leading supplier of ICT services and products has achieved Juniper Networks Wireless LAN Elite Certification. EMW is the first WLAN Elite Partner in the UAE 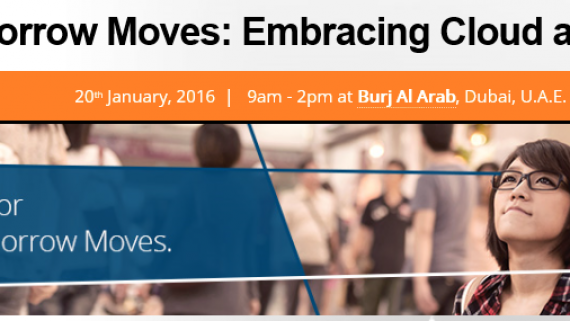 How Tomorrow Moves with EMW and Aruba Networks